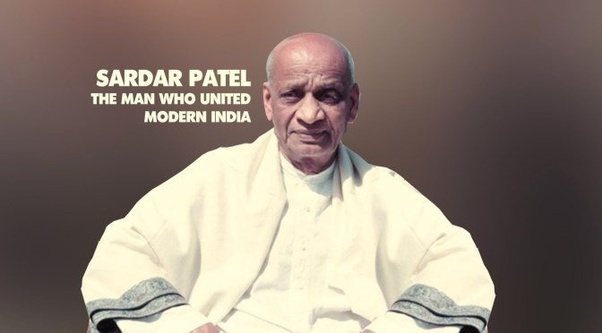 Sardar Vallabhbhai Patel is one of the revered freedom fighters of India and was the first home minister of the nation. He is known as the Iron Man of India. From childhood, he showed signs of strong character and will. Due to his strong and resilient policies, he became of one of the prophetic leaders of the country. So why was he known or called as the Iron Man. India, after independence, needed a strong willed minister who would manage the defenses and security policies and Sardar Patel was famous for that. All these made him a strong willed minister as an iron.

While the freedom struggle was taking place, Sardar Patel went to villages in the Kheda district, and requested villagers for a state-wide revolt by refusing to pay taxes. The government gave into their demands and Patel emerged as a hero. Patel was a supporter of the nonviolence movement of Mahatma Gandhi and organised bonfires of British goods in Ahmedabad and switched over to Khadi. He also worked against caste discrimination, and for the empowerment of women.

Sardar Patel started a policy for protecting, uniting and developing India after independence. His first job was to unite the whole of the country from the small princely states. Patel understood the policy very well that India will not be strong if it is united. He persuaded more than 500 princely states to accede to the Indian union after independence. Most agreed but some didn’t and started anti national activities like the Nizam. Patel rightly used military powers against these rogue princely states and annexed them to India. He was then given the title Iron Man of India.

To respect this mighty soul of India, the Indian government in 2018 has erected the Sardar Patel Statue, which has been termed as the Statue of Unity. It is the tallest statue in the world with a height of 182 meters. It is located in the Narmada district of Gujarat.